When we are on the brink of getting 3 points and climbing up the ladder, our hopes are suddenly dashed because of sickness in the Fulham camp. To be more precise, they’ve got the lurgy (COVID-19). As for my comments; “climbing up the ladder,” and “three points”? Well, why not? Anything is possible until it becomes impossible.

Yes, Fulham’s match against us tonight ( Wednesday)  has been called off because of new coronavirus cases at the west London club. The game was due to start at 18:00 GMT at our Tottenham Hotspur Stadium and I was prepared with nuts, beer, wine and a lovely juicy bird by my side (well, that is what I was having, a succulent turkey; as well as all the other items I mentioned). Now our hopes are dashed I will be flicking through the channels hoping something intelligent, witty and time-consuming pops up. So, where does it leave us? That is “us” as in the team, the fans and the TV cameras, up the creek without a paddle. Now we are going to have to hibernate until the Leeds game on Saturday. Of course, some will forsake hibernation for seeing in the New year, while others will sink into despair and loneliness (or hibernation).

Fulham requested the fixture to be postponed and the decision was confirmed three hours before kick-off. Why? We would have been happy to play with their bare-bones team. No quibble from us. We are that sort of people… especially when we would benefit from it! But alas, heads down.

On Tuesday, the latest round of Premier League Covid-19 testing discovered around 18 people had the virus – the highest figure recorded in the testing programme.

A Tottenham statement said: “The Premier League informed us of the decision this [Wednesday] afternoon, with Fulham having requested the postponement on the grounds of the number of Covid-19 positive cases among their players and staff. Everyone at Tottenham Hotspur sends their best wishes to Fulham for a safe and speedy recovery to all those who are affected.”

On Monday Everton chickened out (sorry, postponed) four hours before kick-off at Goodison Park because of a sudden and miraculous (divine intervention some would call it) outbreak of coronavirus at the club. Funnily enough, Everton said they would request full disclosure of any information City provided to the Premier League that led to the postponement… do we give a shit? It was cancelled… end of! In the greater scheme of things would it change anything… no! Unless there was something underhand there.  Then, the Newcastle game at Villa Park, scheduled for 4 December, was postponed following a “significant increase” in Newcastle’s training ground cases.

As for Scott Park, well he did not take charge of his team’s goalless draw with Southampton on 26 December after someone in his household tested positive for Covid-19. Parker was due to return to the dugout at Tottenham. Maybe that is a blessing in disguise for him. But it’s no good hiding, he will still have to come out eventually and face his executioners.

Of course, the match will be played later, how late, is anybody’s guess. Probably when we’ve dropped down the pecking order of the league and the struggle to climb higher will be even harder; shit!

I better add what the Premier League said and decided, which was to call off the fixture at a board meeting on Wednesday, in the morning. Its spokesman said that Fulham asked for the game to be rearranged following, “a significant rise in positive COVID-19 cases, as well as several players, showing symptoms today”.

In their statement, the Premier League also said: “With low numbers of positive tests across the overwhelming majority of clubs, the Premier League continues to have full confidence in its COVID-19 protocols and being able to continue to play our fixtures as scheduled. The league wishes those with COVID-19 a safe and speedy recovery and will rearrange the postponed fixture between Tottenham Hotspur and Fulham in due course.” 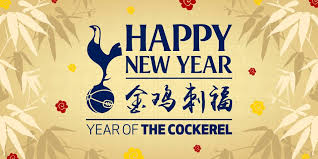 Stay safe, be careful and Happy New Year to all.