Match Report; Spurs 3 Leeds United 0. We are back in the thick of it. And other news.

I said this would be an exciting game and a goal-fest one (and it was for us). We are now third in the league, with the same games played as the others.

We are only 4 points behind Liverpool and United, with the rest behind us. We have the second-best goal difference (behind Liverpool; 3 goals in it), and the second-best defence (behind City). Only three clubs have a better goal advantage to ours. As I said, we are in the thick of it again. Still all to play for. And we are in all competitions. What more do you want at this halfway stage? (OK, top spot!).

Son scored his 100th goal for us as we returned to winning ways in the Premier League against Leeds United. Our first league victory since 6 December puts us in third in the table.

We certainly deserved our win today (Saturday). As for Leeds, they did play a noteworthy part in their downfall.

Leeds goalkeeper Illan Meslier’s misplaced a pass, led to Harry Kane opening the scoring with a penalty after Ezgjan Alioski fouled Steven Bergwijn. Kane then turned supplier, with a curling cross from the right that was swept in by Son at the nearby post as we doubled our goal tally.

As I said in my “Preview” blog,  Leeds would go forward at every opportunity and sliced out their own chances. They often left themselves exposed in defence and were fortunate not to be more severely punished by us. Toby’s near-post header rounded off the scoring after 5 minutes in the second half, with Meslier again culpable as he scrabbled the ball over the line.

The only negative of the game was the stoppage-time dismissal of Matt Doherty for a second booking. However, we have a suitable replacement for him. So it isn’t a great disaster. 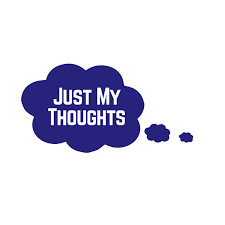 Tottenham as a team can be an enigma at times. Over recent weeks we are never quite sure exactly what to expect. We have a killer side that can be ruthless, unyielding and showing clinical proficiency; such as seen when we’ve played against United, Arsenal and Leeds. Then, the other Spurs stutters and then retreats while conceding a very late goal—such as against Liverpool, Palace and Wolves. However, whatever way you look at it we have a brilliant partnership in Kane and son (the best in the world). They have now merged together for 13 top-flight goals this season; they have equalled the record set by Blackburn’s Alan Shearer and Chris Sutton in 1994-95.

Kane, a threat from the moment he gave a left-foot drive over our opponent’s bar, has now scored against all 30 teams he has faced in the Premier League. As for Son, well, his energy and running has provided the spark for many of our attacks. He has contributed to 17 goals in his last 14 matches.

As for Bergwijn, he failed to convert three good opportunities and Ben Davies also blazing over when well-placed, our performance also underlined our dependence on Kane and Son.

As for Leeds, well, they had squandered several good opportunities to change the match’s trajectory. It is all about luck and taking one’s chances. We ended up walking away with the spoils—full credit to our team/ defence.

We have won four of our last five Premier League home games (lost one), with this our biggest victory at the Tottenham Hotspur Stadium since July (3-0 v Leicester).

Leeds failed to score in an away Premier League game for the first time this season, leaving Aston Villa and Manchester United as the only sides to have scored in 100% of their games on the road.

Leeds have conceded six penalty goals this season, more than any other side in the Premier League. Only in 2003-04 (seven), have they shipped more in a single campaign in the competition.

Harry Kane has scored against all 30 opponents he has faced in the Premier League, the best 100% record in the competition among players to have met more than one side.

Son’s first-half strike was his 100th goal in all competitions for us (253rd appearance), the 18th player to reach the club’s milestone.

Harry Kane and Son have combined for 13 Premier League goals this season – no pair have ever combined for more in a single campaign in the competition. Kane has assisted Son nine times – a joint-record for one player helping another within a Premier League season.

Harry Kane became the first player to reach double figures for both goals and assists in the top five European leagues this season.

Matt Doherty was sent off for Spurs in their first game of 2021 – the Lilywhites did not receive a single Premier League red card in 2020. 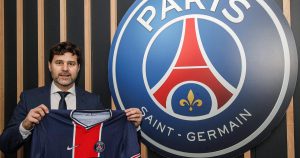 Mauricio Pocehttino has been made manager of PSG

Mauricio Pochettino has been appointed head coach of Paris St-Germain. He has signed a deal until 30 June 2022, with the option of an extra year.

He will take his first training session on Sunday following the French league’s winter break. His response upon taking the job; he was “happy and honoured” to take on the role and that the club “has always held a special place in my heart”.

Pochettino began his managerial career at Espanyol and spent 18 months at Southampton before joining Tottenham in May 2014. He guided us to the League Cup final in his first full season at the club, while two third-placed finishes sandwiched a runners-up spot in the Premier League in 2016-17.

Pochettino led us to the Champions League final in 2019, where we lost to Liverpool. He was eventually sacked five months later, with the club 14th in the Premier League, and replaced by Jose Mourinho. 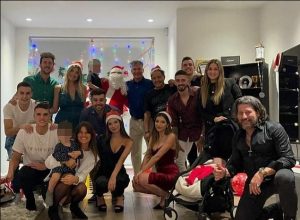 The club have criticised three of our players for breaching coronavirus rules by attending a party over Christmas. A picture on social media showed Erik Lamela, Sergio Reguilon and Giovani lo Celso at a party.

The club said in a statement: “We are extremely disappointed”.

Lamela and Lo Celso were not involved in our game on Saturdays, while Reguilo, who joined from Real Madrid in September, was on the bench.

We face Championship side Brentford in the Carabao Cup’s semi-finals on Tuesday, 5 January (19:45 GMT) before travelling to non-league side Marine in the third round of the FA Cup on Sunday, 10 January (17:00 GMT).

Our next Premier League game is scheduled for Wednesday, 13 January, when we visit Aston Villa (20:15 GMT).

So, there you go folks, we start off the New Year with a victory!

Best regards, keep safe and have a Happy New Year.