Let us start with the Europa draw:

Spurs have been drawn to play Dinamo Zagreb. The Croatian’s, who will host the first leg, have lost nine of their last 10 matches against English sides in European competition, winning the other game 2-1 against Arsenal in the Champions League group stage in 2015. 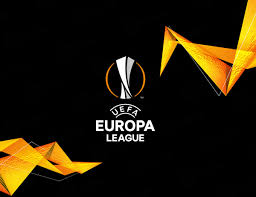 Teams drawn first will play the second leg at home.

After our 8-1 aggregate win in the Europa League on Wednesday, we now return to the Premier League, and to a game we must win. The good news is that Bale and Alli are back on form, going by Wednesday’s game.

Serge Aurier could feature after five games out, but Lo Celso remains a few weeks away from a return after a hamstring injury. Harry Kane and Son, who were rested for the midweek Europa League game, are set to return.

Ashley Barnes is ruled out with a thigh injury, but Robbie Brady could return. Erik Pieters, Chris Wood and Dale Stephens are also in contention and will be given late fitness tests.

Both sides haven’t played well lately, although we did get a good result in the Europa League on Wednesday.

Jose Mourinho has a dilemma on his hands; that is whether to play Bale and Alli or not. Bale, to my mind, should join Harry Kane and Son in attack. When Bale has come on recently, he has done very well (including scoring). I would like him to start and continue where he left off; as for Alli, a difficult one. If he doesn’t start, I have no doubt he will come on at some time in the game.

We have won on five of the last six occasions we have hosted Burnley in the league.

Burnley have won just two of their 13 Premier League matches against us (D3, L8).

Burnley last league victory at Spurs was back in 1974, although they did win there in the League Cup in 1983.

We have lost five of our past six league games.

Our only two victories in our last eight Premier League fixtures came against the current bottom two in the table: Sheffield United and West Brom.

We have dropped points in seven of our 12 home league matches this campaign, as many times as during the entire 2019-20 season.

Harry Kane has been directly involved in 10 goals in nine Premier League appearances against Burnley, with seven goals and three assists.

Kane has provided an assist for nine of Son’s 13 Premier League goals this season – one more would set an outright Premier League record for most assists for a particular teammate.

Burnley are aiming to go a fifth league game unbeaten, which would be their best run of the season.

They have kept six clean sheets away from home in this season’s Premier League – second only to Aston Villa.

However, Sean Dyche’s side have scored just eight away goals – only bottom-of-the-table Sheffield United have fewer.

The Clarets have failed to score in 13 Premier League matches this season, more than any other team in the top flight.

Burnley’s league games have produced just 48 goals this term, fewer than any other side.