Basically, we were crap and didn’t deserve to get anything from this game. Two defeats in two games which we should have won. The only chance we’ve got now is with the lowest domination in trophy competitions (League Cup). After this game (Zagreb), I can’t see us beating City (who are at the top of the league and running away with it). In fact, we might even struggle against Villa on Sunday. Where do we go from here?

Another manager next season isn’t the answer, but better investment in team building (to compete with the other top teams) can only be the answer. At the moment, our purchases only allow us to keep within the top six (if we are lucky). Year after year we keep getting to this point and then fall at the last hurdle. 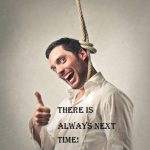 The bleeding bloody obvious; we were knocked out of the Europa League as a hat-trick from Mislav Orsic completed a remarkable second-leg turnaround for Dinamo Zagreb, at the expense of our poor performance. For Christ sake, we were leading 2-0 after a one-sided first encounter in London seven days earlier. We made seven changes and paid the price for a desperately poor performance against an opponent we should have pissed over.

Orsic curled his team ahead on the night with a wonderful strike from the edge of the box and swept home Iyayi Atiemwen’s cross to bring the tie level. He then added a superb third at the start of the second period of extra time, driving at a, what seems like, a frightened defence before firing another fine finish into Hugo Lloris’ bottom corner.

We twice almost grabbed salvation and progress at the end of both regular and extra time. Still, Harry Kane was thwarted on each occasion by superb saves from Dominik Livakovic.

We piled on the pressure in the closing stages, but Dinamo held out to earn a place in Friday’s quarter-final and semi-final draws. They deserved to go through, we didn’t. We got what we deserved. Shit happens, but all the time? This is Daniel Levy’s twentieth year in charge of the club, and in all that time, we’ve got just one trophy to show for it. Good business! But at least he pays himself well.

As for Kane, I can’t see him staying at the club, more so if he is ambitious. In fact, you can say the same about the rest of the team, including the manager. I bet he wishes he never game to this club now. He may be ambitious, but to achieve targets, you also need a director to think like your manager and Levy is focused on riches, not trophies (unless they come by luck, if they come at all).

The Gooners lost to Olympiakos 1-0, but no need to cheer, at least they are through to the next round (the shits won 3-2 on agg).  In fact, all the English clubs are through (I think, I can’t be bothered to check) apart from one poor bastard (or bastards), us! This was supposed to be the weak one out of the European competitions, and we couldn’t even do anything right in that competition, apart from getting this far and then falling flat on our faces. No doubt Mourinho will have a good excuse for our defeat; probably the opposition’s fault for outsmarting us (naughty chappies!). We could have won this game if we had scored, he probably will say… and you can’t fault that logic.

Let us have a few stats, while we are at it (none of them favourable to us)!

Dinamo Zagreb have progressed from each of their past three knockout ties in major European competition in which they lost the first leg (also v Ajax in 2007-08 and Viktoria Plzen in 2018-19).

This was the third time Jose Mourinho has lost a match in European competition by a three-goal margin, with two of those coming with us (also v RB Leipzig in March 2020) and another with Real Madrid (v Borussia Dortmund in April 2013).

Dinamo Zagreb registered their third victory at home to an English side in European competition, after wins against Arsenal in 2015 (Champions League) and Leeds in 1967 (Inter-Cities Fairs Cup).

So, where to now?

Next up is Villa (Sunday21st, 7.30), followed by Newcastle, followed by United… all losable games under our current mentality. Then when we’ve played those games, we’ve got Everton away, followed by, you’ve guessed it… City in the League Cup Final. After all that, then six-games to try to not get us a Europa place. If that happens (no European football), it will be a tranquil 10 months without travels aboard… the sponsors will love us — less money for Levy’s pocket. Oh, well, Levy only has himself to blame.

Am I being too pessimistic? Will a white charger come down from the sky and make it alright on the night, and before you know it, we are restored to some sort of Glory (fuck knows what that will be)?

This has been a shit week.