The news that Pochettino could be coming back to us is good news all around. I can understand why he was initially dropped as Levy wanted a more upmarket name in the hope of enticing big advertisement to his stadium, and you cannot get any more a prominent name than Jose Mourinho. Sadly it did not work out, so Levy once again turns to Poch (hopefully).

Ever since Levy and the board decided to bulldoze White Hart Lane into oblivion and replace it with a Palace (an Entertainments Palace) for all sorts of ambitious money-making schemes, there had to be sacrifices along the way (at the beginning). First, the team had to be cut to its barebones, then ticket prices had to go up, and the transfer spending had to be curtailed (all for a good course). 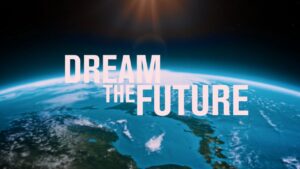 The new money-making stadium went over budget, and now that has to be recouped. This means that Tottenham will not compete on the same level as Chelsea, Liverpool, United and City for many years to come. So, for many years – probably about 10 or more – we will just have to be observers to the Premier and Champions League races. But do not fear fellow supporters, the cups that everybody has a chance of winning (the minnow FA & League Cups) will be there for us to challenge for. And we are no strangers to the FA Cup and League Cups’. In the last 30 years, we won two League Cups and an FA Cup. For a team that has been punching above its weight, we should congratulate those behind their successes. 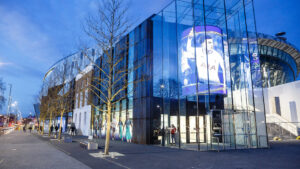 As for the League and European Champions League, well, that will have to be a dream. Do not forget that we have never won that competition in our history, and the closest we got was under Pochettino (who was under Levy’s supervision). Even the so-called great double side could only manage to get to the semi-finals before being beaten by Benfica in 1962. As for the League, we have managed to capture that title twice in our history, the first time was 1951, and the second was part of the double team’s conquests. That so-called great team only came close once again to winning the League Title, and that was in 1963 when they were second to Everton, who won it that year. So even the great Bill Nicholson or Arthur Rowe could not reproduce their one finger-touch of the title.

Our most significant moment in history was indeed at the beginning of the swinging sixties (the double) with a few other minor trinkets thrown in along the way, so when you put all that into perspective, any chance of rising above the past (and it will not be that hard) will be through Levy, our money-making stadium and the team that will be eventually built under Levy’s administration. But patience will be the name of the game. After that? It will not be long before we have a reconstructed European Super League and even a World Premier League that will allow teams like us and the other big five to compete with the elites in the world. Cup Finals will be – in future – held in luxury stadiums surrounded by wealth, and the opportunities to make even more money will be beyond our wildest dreams. 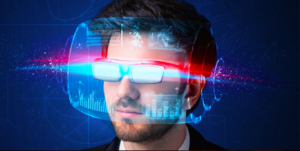 Now I am no HG Wells, but what I can tell you, looking around at how we have advanced in my own meagre lifetime, is that technology is the future for sports fans.

As people become more prosperous (more affluent), there will be more luxury stadiums for their pleasure (like the Tottenham stadium). However, those who cannot live as their richer brothers and sisters will still take part, but through high tech facilities, such as superior Goggles/ or TV screens, which will make you feel that you are at the stadium. At a price, you can watch the games you could not afford to visit in person and in the comfort of your own homes. The future is bright, and people like Levy will be the ones to take us there.

Money has always been the power that makes the earth circle a bit better and enhances our lives. It is the money men and always has been the money men (& women) and those with a vision that has got us where we are today.

Destiny is no matter of chance. It is a matter of vision and planning. It is not a thing to be waited for; it is a thing to be achieved by the powerful, wealthy and visionaries.

How far all that will be in the future is anybody’s guess, and whether I will see it or not, I cannot say, but it will come. Those reading this in horror just think of the Luddites and their failure to resist the inevitable. Luddites? Who?

TO END THIS ARTICLE, all I can say is enjoy the ride, enjoy our luxury stadium, and while enjoying the moment, look around you and think of the possibilities that the future can bring?

My name is Peter, and I have just joined this wonderful Spurs website, and I am looking forward to writing down my football thoughts and then presenting them to you. Agree or disagree; all views are valid and should be respected.

It was the famous philosopher Voltaire who said, “I might not agree with you, however, I will defend your right to say it”. Free speech. I am a journalist by trade for a local news outlet. I’ve been a Spurs supporter since the 90s.