Kane: good luck, you can do it!

This Sunday will be the most significant moment in Harry Kane’s life. Most of his teammates have won something; sadly, Kane has always been the bridesmaid, never the bride. But will Kane finally be able to put the ghost to rest and eventually win a trophy for his personal bare Trophy cabinet? 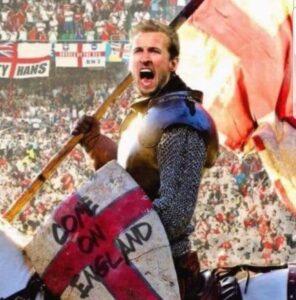 Harry Kane has said that this Euro’s competition final against the Italians is the biggest in his career. With Spurs, nothing, and even Spurs themselves have only one trophy in Daniel Levy’s reign, and that is why Kane wants to leave, and who can blame him?

He has played in a Champions League Final, a World Cup semi-final, multiple domestic cup finals, yet he has always ended up on the wrong side of the fence. But he is hoping that this Sunday will finally bring him success.

Kane has been a loyal servant to Tottenham and England, and if anybody deserves a trophy, it is our Harry. Let us hope that he finally does it.

Nineteen sixty-six was the last time England won a major trophy; then Bobby Moore lifted the trophy for our country. This time around, it is Kane who hopes to emulate Bobby Moore. Then once he does that, the next step would be to win something with Spurs. Come on, Harry, come on, England, we can do it!

Harry Kane has been at the club since 2004, so even though he didn’t win a trophy with Spurs, he indeed witnessed us lifting a trophy in 2008 (League Cup).

Kane was born in 1993, and in his entire life, Tottenham have won a staggering 2 trophies, yes, two trophies and not any old trophies but the actual League Cup, twice (amazing!). So will tonight (Sunday the 11th) be that special day that he actually wins something, or will he/ we have to carry on dreaming? I hope – along with the nation – that he wins his first trophy, which might be a good omen and start a trophy revival at Tottenham (and it can be done, not just in our dreams). Good luck, Harry, bring it on home and then next season, you can do the same for Tottenham and Daniel Levy (oh, and the fans!). 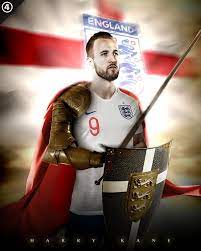 There you have it, what a servant for Spurs and England he has been. 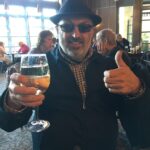