Christian Romero is close to signing, but how close?

The Italian scribbler (journalist to you and I) Fabrizio Romano has given us the latest on the  Romero fun and games over the transfer narrative.

On Ramano’s YouTube channel, he has stated that Tottenham have made a €40 million offer for Christian Romero, however, because of kickbacks from his club (Atalanta), Spurs have now updated their offer to €50 million. Whether that is good enough, we will have to wait and see. However, Romero’s club initially wanted €55million. I am sure that Atalanta know how Levy works; he offers the bare minimum and gradually increases his offer to something near what the parent club wants.

Even though those games of one-upmanship continue, Romero has agreed on personal terms with a five-year contract with Tottenham. In the meantime, Romero will link back up with his current club on Monday (2nd) for pre-season games.

It is also believed that Romero will meet his manager  Gian Piero Gasperini during the week ahead to say that he wants to leave and that the club he wishes to go to is Tottenham. Whether that makes any difference in the greater scheme of things, we’ll have to wait and see. In the meantime, Atalanta want to land Juventus defender Merih Demiral as a replacement, with Lille’s Sven Botman also on their radar.

Gian Piero Gasperini has also acknowledged that their new signing Matteo Lovato could also replace Romero to confuse and add to the mix.

The last couple of weeks has been a case of mind games between Spurs and Atalanta, who will blink first (overpayment)? The negotiating team for Atalanta have said that there is still a noteworthy gap between the two clubs’ valuations of the central defender.

Like the Kane saga, this one seems to run and run until one side pulls out, agrees or increases their offer. It is all about minds games, great for the papers but frustrating for the supporters. However, I have no doubt that Tottenham will eventually get their man. Too much manpower has been invested in getting this player, so I can’t see Levy and Co walking away with nothing (but not impossible).

All we want to know is who we’ve got and what our lineup will be at the start of the season. 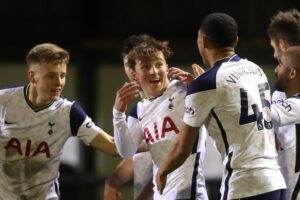