I never thought I would be writing a match report on Noddy’s fools, the Woolwich-Gunners. They had a top-four spot in the palms of their hands, just as Mikel “Noddy” Arteta has his own nuts in the palm of his hands to give himself a smile… and blew it!

I go to all Spurs home, away and abroad matches, so I am not really interested in other games (and I don’t have Sky or any other platform other than Freeview). To watch games outside Tottenham, I usually watch Match of the Day to see how the opposition are doing. But this time, I wanted to watch Newcastle v Woolwich live, so after leaving Janette’s home Monday morning, I came back in the evening (she has Sky etc.) to watch the game with her. And what a game it was… with a roast dinner thrown in… What a Goddess!!!! 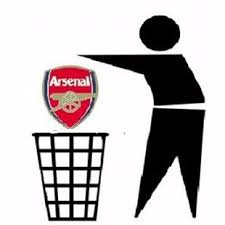 Just a quick word on “Noddy”. Some Spurs supporters have recently started calling Arteta, “Noddy,” after Enid Blyton’s character. It seems all he needs is a bell on his head, and you’ve got an exact match… but we’ll leave that to all your imaginations.

I am sure that we all expected Woolwich to either win this game or, at the very worse, draw with the middle of the table Newcastle. If you had watched match interviews with Noddy, you would have seen him crying all over the interviewer with contempt for Tottenham and the referee after we thrashed them… so this time, we thought he would instil in his players a winning ethos. Like fuck he did… whatever he said to them, it worked for us. His players obviously didn’t get the message or were too busy creaming themselves in the mirror.

As I said earlier, they had the top-four spot in the palms of their hands, while we thought we had blown it after a spat of bad and stupid results. They also believed that as the magpies didn’t have anything to play for, they would be like sheep to their slaughter. So, game set and match to them… only… it didn’t work out quite like that, instead they put Spurs back in the driving seat.

To the laugh a minute match…

So… Janette and I sat down to an evening of fingers crossed… but let us cut to the chase and get straight to the best bits… Noddy’s Woolwich hopes of finishing in the Premier League top four were dealt a massive blow as they were well beaten and humiliated by Newcastle at St James’ Park. It was their chance to show something to the watching viewers, instead, they shat their pants and pissed all over their fans and warmed the hearts of Tottenham’s faithful instead.

Noddy’s side needed a win to move them above us into fourth spot and put themselves in the driving seat to secure a Champions League spot.

When I sat down with Janette and started watching the game, I was surprised to see Noddy’s boys allow the Black & Whites to be in the driving seat. They were second best throughout and fell behind early in the second half when Ben White turned the ball into his own net, to the delight of all Spurs supporters, while under pressure from Callum Wilson, who was making his first start for a while. Bruno Guimaraes then rounded off the imposing win when he drove into the net as Woolwich Prima Donna’s shat themselves and struggled to clear. Surprisingly they (the Plastic-Gunners) offered next to nothing in return. The Newcastle goalkeeper Martin Dubravka was tested only once, with a 25-yard Mohamed Elneny shot in the second half.

Newcastle could have/ should have won by even more with Wilson coming so close to capping a dream return from injury with a stunning long-range effort that dropped just wide of the goal. 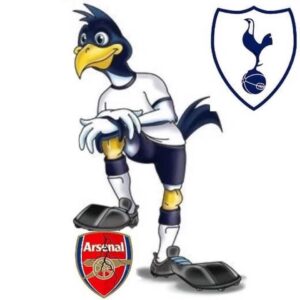 That result, which also confirmed Chelski’s finish in the top four, means Noddy’s boys must beat Toffee grinders in their final game of the season on Sunday (16:00 BST) and hope we lose at relegated Norwich (not draw, but lose).

All Woolwich needed to do was show up, but they failed.

Woolwich needed a big performance to give their fans hope of finishing in the top four, particularly after being well beaten by us in last Thursday’s north London derby. Noddy Arteta’s side wilted when it mattered most as they were outplayed at St James Park.

The team from Uranus were poor throughout the first half as they repeatedly gave the ball away and had to repel a stream of Newcastle attacks while struggling to build their own opportunities.

Arteta could not hide his frustrations with the referee against us  (a match in which his team conceded a penalty and had defender Rob Holding sent off). Still, he can have no complaints against Newcastle as they were undone by a side who simply showed more hunger and quality. The trouble with Arteta is he is a boy with half-grown testicles who thinks he is a man.

Gary Linker called Woolwich’s performance “Spursy”. I don’t know who that will piss off more? Us or them?

Of course, it isn’t over yet… Noddy’s boys hope that Norwich can teach us a lesson while they must beat the Toffee boys on their ground. I am going to the game on Sunday, and I hope that we don’t do a “Spursy” ourselves and piss all over our own parade. Conte has done a brilliant job since coming to Tottenham… on the other hand, I think – going by Woolwich’s humiliation – Noddy Arteta has done a brilliant job for his boys… yes, totally fucking them up their own Uranus…

If we manage to get a result against Norwich, it will be the sixth time in a row that we will be above Woolwich in the Premier League (hurrah!!!).

Given the turmoil surrounding Kane’s future and Nuno’s reign at the start of this season, this was probably Noddy Arteta’s best chance of finishing above us, instead, he/they shat themselves at the final hurdle.

What is even more of a joke was that Woolwich gave Arteta a three-year contract; if that doesn’t push them further downwards, I don’t know what will.

But it is over to Daniel to put money in the coffers to help Conte build for the future. Either that or he fucks us (loyal supporters) up the jacksie by sacking Conte or forces him out, and we become the joke (“Spursy”) once again… so it is over to you, Daniel? The hero or the Joker’s fool in the pack?

Next up… Sunday and Norwich Vs Spurs and Woolwich Vs Everton.