As a Tottenham supporter, and have been since I was born (my dad took me in the late 50s), I have seen some fantastic sights at White Hart Lane, plus going to away games and even aboard. Now we are in an era of extravagant stadiums, and all that glitters. At the heart of it all are the players who have given their all to represent Tottenham and England. Yes, these players have given their souls to put Tottenham Hotspur on the map… not only for our club but their country. This leads me on to a new book I’ve recently discovered and purchased and now has become a valuable addition to my Spurs book collection. Tottenham’s Three Lions; for Club and Country by John Chambers 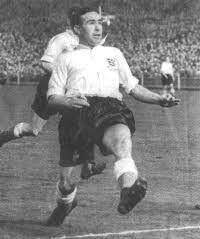 This eye-catching and magnificent book is the most thorough of our club’s proud record of manufacturing the best for King/ Queen and country that have ever played for England’s three lions national football team.

The book includes in-depth player info and many rarely seen pictures and mementoes. There are also interviews with many celebrated legends. 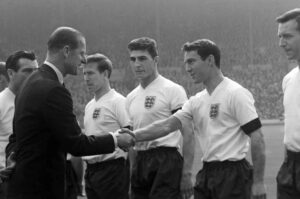 As it says on Amazon about the book: “Tottenham’s Three Lions encapsulates the ‘For Club And Country’ ethos like never before and is a book that will be treasured by every Tottenham Hotspur supporter.”

Where England/ Spurs players are concerned, you just have to turn the pages of this volume; it has all the information one wants to know at one’s fingertips about those that played for England. There are 416 informative pages researched with tender love and enthusiasm. The book starts with an introduction “Since international football began way back in Queen Victory’s 1872 when England met Scotland in the world’s first competitive match between two countries, no other club can boast as many Three Lions than Tottenham Hotspur. To date, The Football Association have selected 1,263 players since that first official match against the ‘Auld Enemy’ in Glasgow, and Spurs proudly lead the way with 77. That’s one more than the great amateur side, Corinthians FC and Aston Villa…” And that is only the first paragraph. 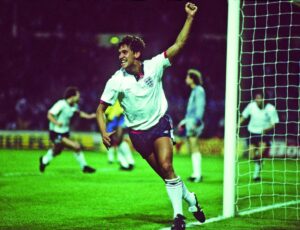 This is followed by “Record-breaking Tottenham”. And it does what it says on the tin, a brief trip through Tottenham Hotspur history.

Then we get to the meat of this book… not in player alphabetical order, but by year, where we see one of our player’s first appearances for our country… Vivian Woodward (from 1901-1909). He started as an English amateur footballer, then played for Tottenham Hotspur and Chelsea. He was born on 3 June 1879 and died on 31 January 1954.

Vivian captained Great Britain to gold medals at the 1908 Olympics in London and Stockholm in 1912. His tally of 29 goals in 23 matches for England remained a record from 1911 to 1958; his strike rate of 1.26 goals per game is the second-highest for an England player.

Then the great war came on 28 July 1914 and disrupted everything. He was forced to join the British Army, where he suffered severe injuries during that time, which caused his premature retirement from football. 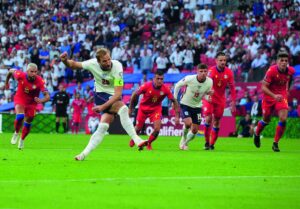 As you go through this remarkable book, names like Jimmy Dimmock,  Arthur Rowe (who as a Spurs manager got us our first league title), and Sir Alf Ramsey (who went on to manage Ipswich Town to the League title and then won the World Cup with England) appear to you from Spurs and England’s past. The great Bill Nicholson (who won the double and a lot more for Tottenham, even becoming the first person to manage the club to a European trophy) makes an appearance, plus players that played for him, such as Bobby Smith, Jimmy Greaves and Martin Chivers etc. After the magical 60s, we travel through the 70s, 80s, 90s and on to the 21st Century until we hit the present, ending with Kane, Dier, Rose, Winks etc.

If you are a Spurs supporter or just an England one, you’ll enjoy this incredible journey (and nostalgic look) through the decades of Tottenham’s players that played for their country. You certainly won’t be disappointed.