Ok, before people start jumping on the bandwagon and saying, “WTF, what do you know? I don’t, but that great oracle or commentator of Spurs, Alasdair Gold (of Football.London), has revealed that Levy and the board have been pretty clear, but they said it in private, that they have no intention of selling Harry Kane this summer, not only that but hope to hold on to the striker for many years to come.

Even though Kane is surrounded by a wall of protection, it hasn’t stopped the press speculating that Kane will go to one of the clubs like Manchester City, Manchester United or Chelsea, even though nothing has come out of Kane’s mouth while he is on International duty. But our man Alasdair has an ear to the beating heart of Tottenham, and he has learned that Spurs will not sell Kane, whatever amounts of money are thrown at the club.

The journalist has also revealed some angst at the club with the timing of Kane’s private declaration (and let out to the public) of his wish to leave, with many thinking that he could have waited until the Euro’s were over. 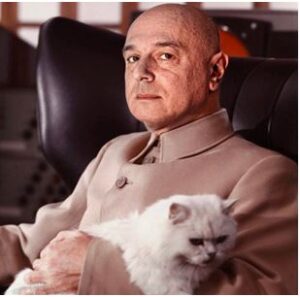 Even though Kane wants to leave and win trophies, Levy and Co don’t believe that he will go on strike and throw a strop and not play. I suppose anybody’s thinking is that if he does it to them (throwing a strop), then other clubs might think he will also do it to their club, which might unsettle the natives. To be honest, whatever Kane does, he is an honourable man and won’t rock any boat.

If we go on to win the Euro Championship, his price will double, and no club would, under the current situation, be able to afford him, anyway.

Other reports coming out of Tottenham, which I had reported on in previous articles, is that our new Coach was promised that if he wanted to keep Kane, then he wouldn’t be going anywhere, anyway.

I have been saying for some time that I can’t see Kane going this season. Whether Kane has a verbal agreement or not, Levy would still want his pound of flesh. His academy nurtured him to where he is today, so he won’t be sold on the cheap. Then there is our director of Football, Paratici’s public admission, that he wanted to keep Kane, which was a clear message from him to the likes of City and United that the club will fight to keep him. If Gold is right and Kane does not throw a wobbly and refuse to play for the club, then I don’t see him getting a move any day soon.

I would imagine that Levy’s next step would be to offer Kane an even more improved contract.

Stay safe and all the best, to England!