At the Tottenham Stadium.

I have just heard (on the News) that Arteta has signed 2 new players with Covid so he can get the game called off against Liverpool.

When the game should have been on (16th December), we had left my house and was past Oxford before we got a text to say that the game was called off. Let us hope this one is going ahead as stated. There are much better things we can be doing than having joy rides across the country just because the Premier League likes yanking our chains. It also happened when we went all the way up to Burnley, got into the ground and then 40 minutes before kick-off, the game was called off because they had a bit of snow on the ground (they also had forgotten to put on the undersoil heating. funnily enough, like Arsenal, they also had injuries).

So… to the match…

On the back of our League Cup exit at the hands of the Russian empire’s agents, we will look to leap back into action tomorrow ( Wednesday). We might be out of two competitions (League Cup & Europa failure league), but we are still unbeaten in the Premier League under Conte’s control. A win against Leicester will mean we can climb back into the top five. While Leicester have not played a league game since the turn of the year, as they have only played once this new year – a 4-1 home victory over Watford in the FA Cup third round. 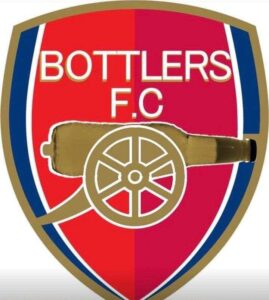 The last time we won in the League was at Watford; 1-0 on New Year’s Day, thanks to Davinson Sanchez’s 96th-minute header. Since then, we beat strugglers Morecombe by 3-1 in the FA Cup third round. We should have then played the red Bottlers in the League until they came up with a genius way of getting out of the game. One of their players had COVID, so they cried foul (or is that “fowl”?) and ran around like headless chickens scared until the Premier League biasedly stepped in to protect them. We had no such luck when we actually had COVID throughout our squad, and UEFA wouldn’t play ball and threw us out.

We aim for consecutive victories for just the second time since Conte’s appointment in November, although we do remain unbeaten in the top flight under him.

Wilfred Ndidi, Daniel Amartey, Nampalys Mendy and Kelechi Iheanacho all away at the Africa Cup of Nations, while Wesley Fofana, Jonny Evans, Ricardo Pereira, Ryan Bertrand and Jamie Vardy will undoubtedly miss out due to injuries.

Timothy Castagne and Boubakary Soumare are doubts but may be called upon if required by Rogers.

In the absence of Iheanacho and Vardy, Patson Daka will lead the line with the support of Ademola Lookman. At the same time, Kiernan Dewsbury-Hall will be an essential role in midfield alongside Youri Tielemans and James Maddison.

Son is ruled out through injury. Eric Dier, Cristian Romero and Sergio Reguilon will require further assessments alongside Steven Bergwijn, with the quartet all battling through various stages of injuries.

Harry Kane and Lucas Moura will start for us.

Both teams haven’t got an entire squad; however, we have more star players available. On top of that, Leicester lack of games should give us an advantage (at least in theory). Win, and we leapfrog the Bottlers.

The 14 meetings since Leicester’s top-flight return in 2014 have produced 54 goals.

Only one of the 102 league games between us has ended goalless. That was in the second tier at White Hart Lane in March 1948.

We are one short of 50 league wins and 200 league goals against the Foxes.

Leicester could win four consecutive Premier League home matches for only the second time under Brendan Rodgers, having managed seven in a row from August to December 2019.

The Foxes haven’t lost their first league game of the year since 2008. They are looking to win their opening League fixture in five consecutive years for the first time in their history.

The Foxes have let in 33 Premier League goals this season, more than any other side in the top half of the table. They have conceded an unrivalled 16 times from a set-piece situation.

James Maddison has been involved in seven goals in his past six Premier League appearances, scoring four and setting up three. It’s a better record than he managed in his previous 26 league games combined.

Marc Albrighton is one short of 300 career league appearances.

Conte is our first manager to remain unbeaten in his first eight Premier League fixtures in charge (W5, D3).

We could win successive Premier League away matches in 2021-22 for the first time.

Harry Kane scored two goals in 13 appearances on loan at Leicester in the Championship in the 2012-13 season.

We have only earned five points from our past seven league games without Son.

Conte was unbeaten in his six competitive matches as Chelsea manager against Leicester, winning all four visits to the King Power Stadium.

After this game, we got Chelsea on Sunday in the League. I will be going to Ipswich Town FC on Saturday between both games. A director friend of the club has got me two tickets (in hospitality).